A development indicator is usually a numerical measure of the quality of life in a country, which is used to illustrate the progress of a country in meeting a range of economic, social and environmental goals.

The data source is from Kaggle.

Sanitation Facilities: Improved sanitation facilities, measured by % of the population with access.

Health Expenditure: Health expenditure per capita measured by 2016 US dollar.

Physicians: Number of Physicians per 1,000 people.

Features related to a specific disease:

Tuberculosis Incidence: Number of incidence of tuberculosis per 100,000 people

Structure of the WDHI Shiny App

This Shiny App adopts a Navbar style and includes three tabs to examine indicators: “By Year”, “By Country” and “Reference”. By clicking the “By Year” tab, the user could visualize a bubble plot revealing Life Span versus other indicators among different countries . The user can also see trends over years by adjusting the sliding bar. By clicking the “By Country” tab, observations based on each individual country are revealed along with a histogram plotted based on year. According to the “Reference” tab,  the user could get access to the whole dataset and search according to year or indicator name.  The tab also displays the data source link and a brief introduction to the indicators.

How to Explore the Data with the Shiny App

When the year slider moves, the change between different years is revealed. We can investigate countries with improvements as well as poorly performing regions.We can also use visual inspection to find outliers. For example, in the plot below, Equatorial Guinea’s Sanitation Facilities value at 1996 is 81.1% while the Life Span value is only 50.7, which lags behind other countries with similar Sanitation Facilities. Countries in Sub-Saharan region also have a lower Life Span compared to other regions. People in Europe and North America countries have longer Life Spans. More indicators can be selected through the drop-down menu. 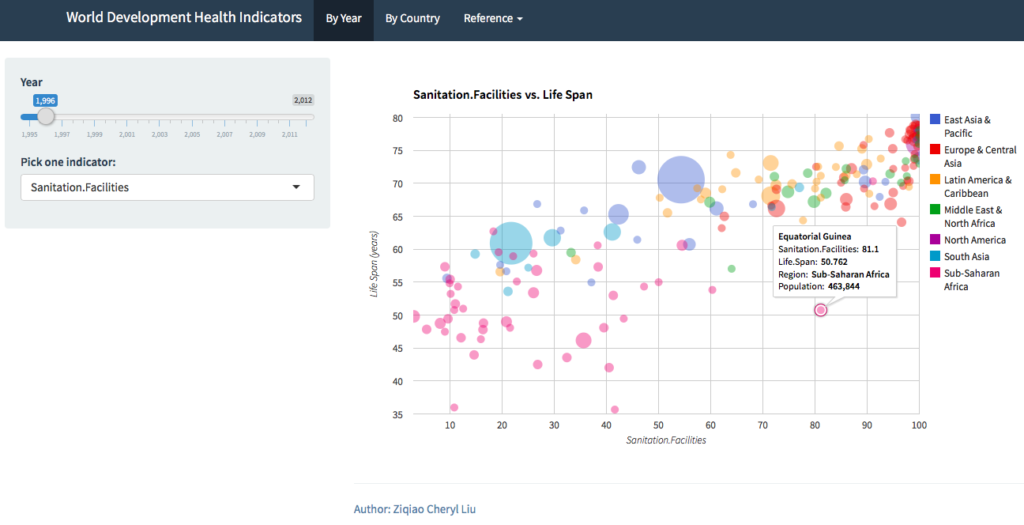 Below is a data exploration example in the “By Country” tab. The graph examines Health Expenditures of the United States from 1995 to 2012.Observing the trend, the value is always increasing and it arrives at nearly $9,000 per capita in the year of 2012. For every year’s Health Expenditure distribution, other countries lag far behind the United States. In the next example below,  Chinese Health Expenditures also increased during those years. However, they remained in the lower part of the world health expenditure distribution based on where the health expenditure rate falls on the histograms for each individual year. 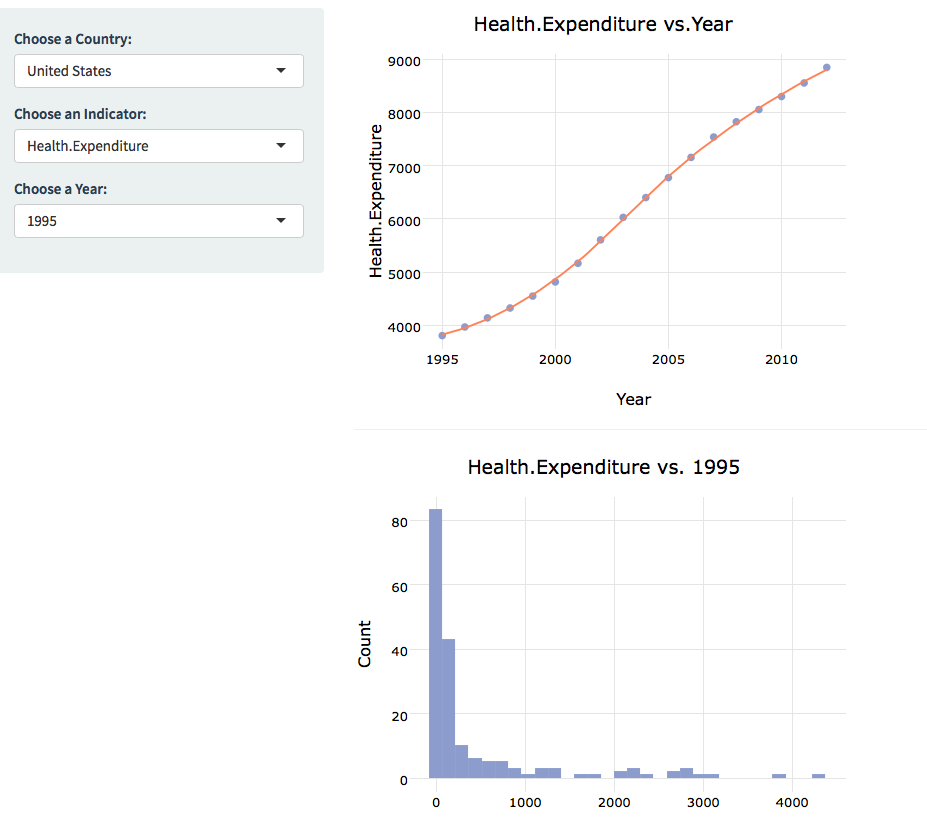 The last part of the Shiny App includes a data exploration tool (shown below). Country, year, and indicator name can be filtered individually to  look for insights on a more detailed level. 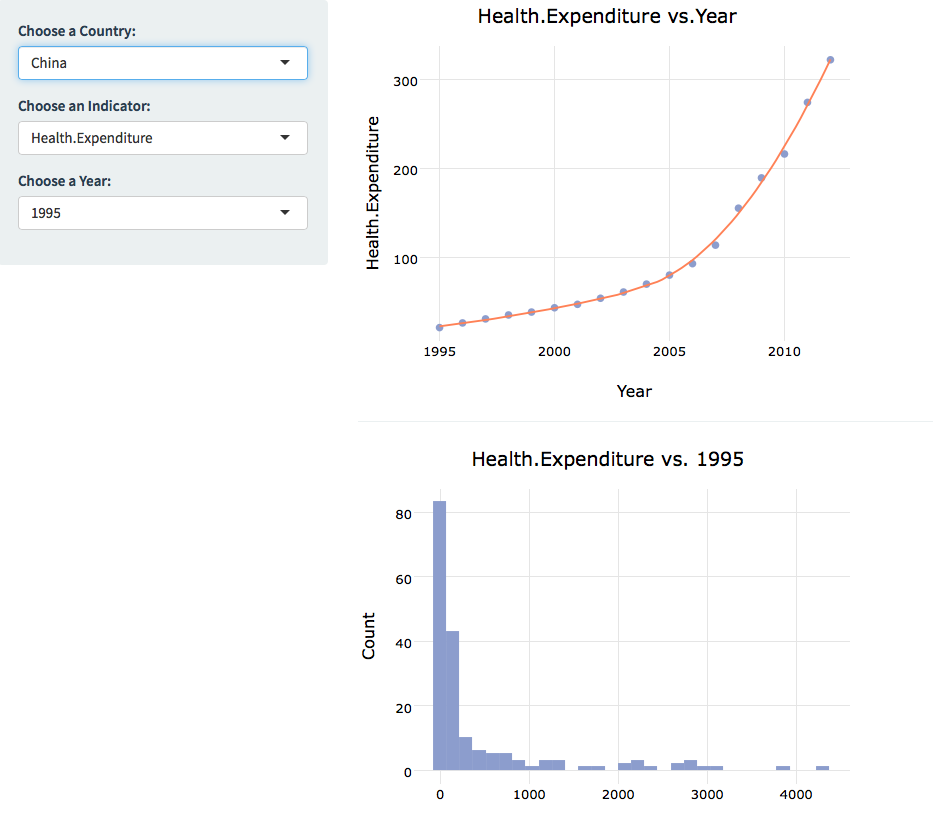 The user could also use the Tuberculosis series indicators as a case study. It includes the success rate, detection rate, and number of incidence. The yearly granularity of charts can reflect a country’s health development performance in handling disease control since 1995. For another example, users can check the number of physicians in each country and find its correlation to tuberculosis, life span, or improved sanitation facilities.

This Shiny App provides several options to investigate the world health development indicators and impacts of specific indicators on other facts with years. These can be useful to develop some prediction models to develop specific strategies for countries and regions.

View all posts by Ziqiao Liu >