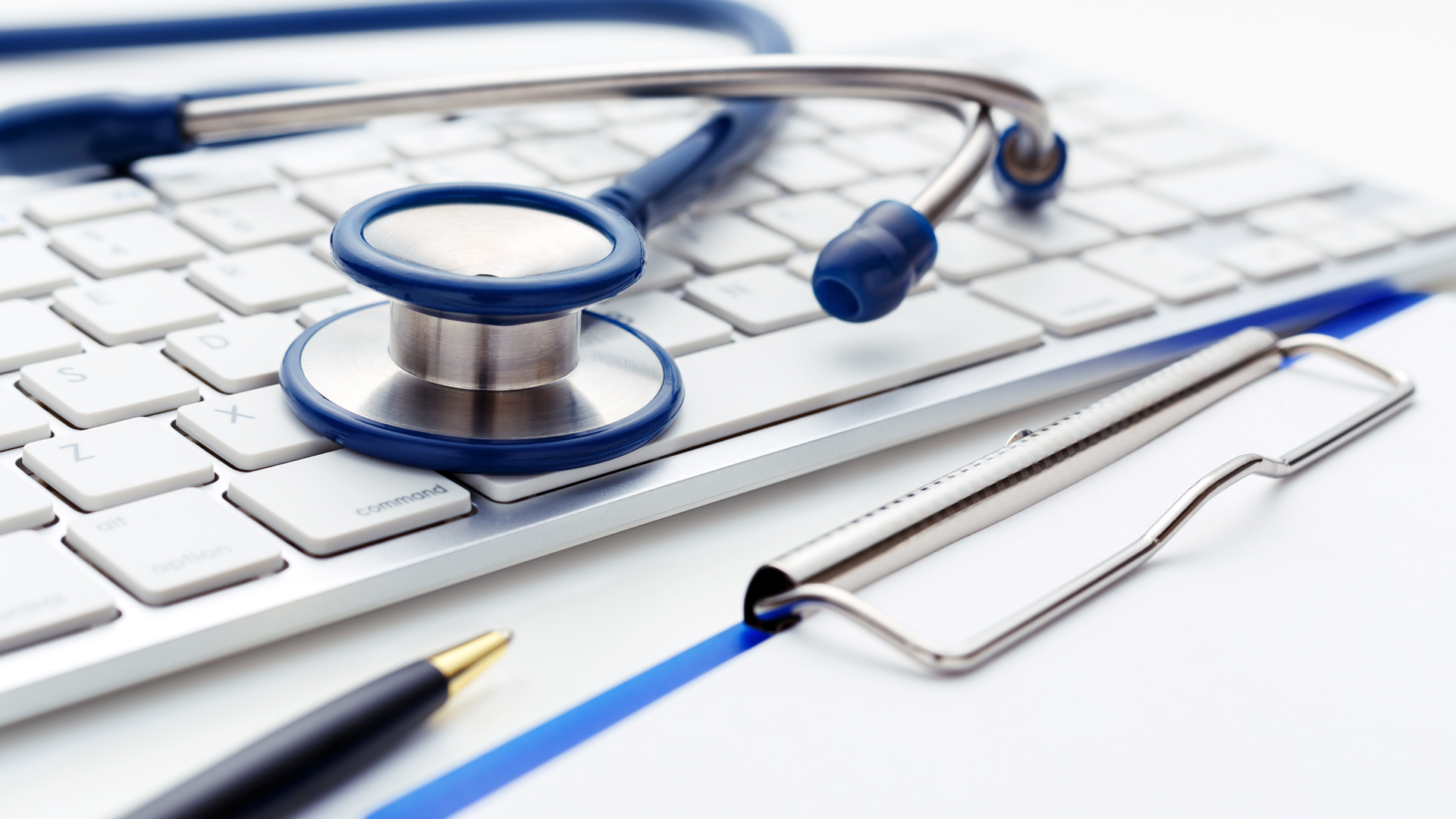 We were very excited about this project because it gave us an opportunity to finally deal with the "BIG DATA"!

Inputs we worked with:

A digital company involved with placing bids for clients' online ads provided us with the following:

Tools at our disposal:

We found duplications in Clicks dataset: Certain ads were clicked on multiple times by the same user!

We took a closer look at them... 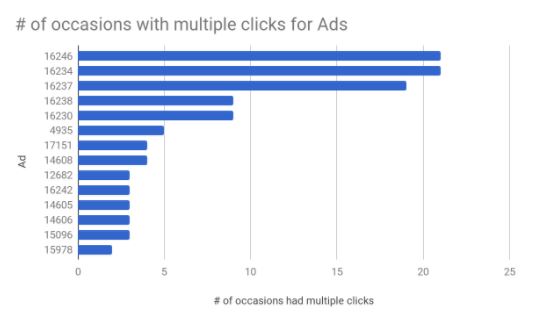 Ad sizes 320x480 & 300x250 were most likely to had multiple clicks on many occasions - despite their lower share in Clicks data (share = proportion of rows for a given Ad size). 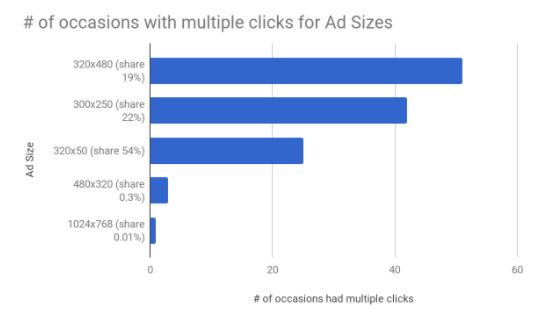 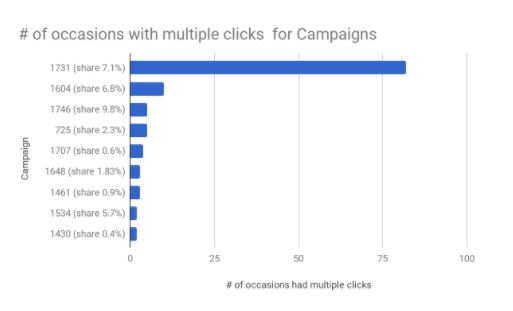 3rd party videos were much more likely to have multiple clicks per impression, despite their low share. 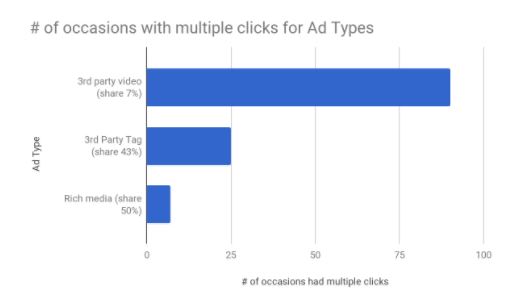 Toyota.com, for example, had experienced much larger number of multiple clicks per impressions than its overall share would dictate. 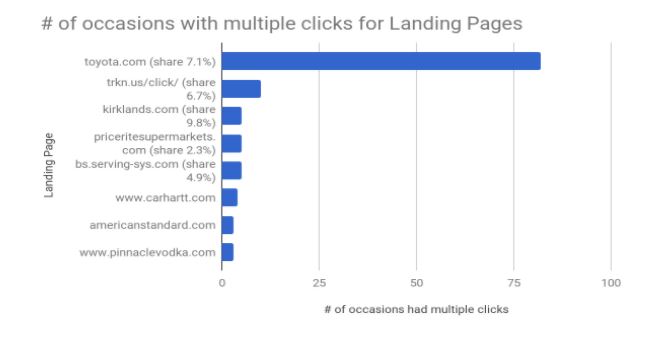 Now, our new column click_status in Impressions could be used as a target variable for predictions (1 = click, 0 = no click)

Predictors of Clicks and Feature Engineering

The table below shows columns we decided to use as predictors of clicks, % of Missing values (NAs) for each of them, # of levels and how we recoded the columns for modeling.

Several graphs below show the results of our exploratory data analysis devoted to the bivariate relationship between predictors and clicks. For each predictor, we first show its levels and their incidences and then % of clicks for each level. 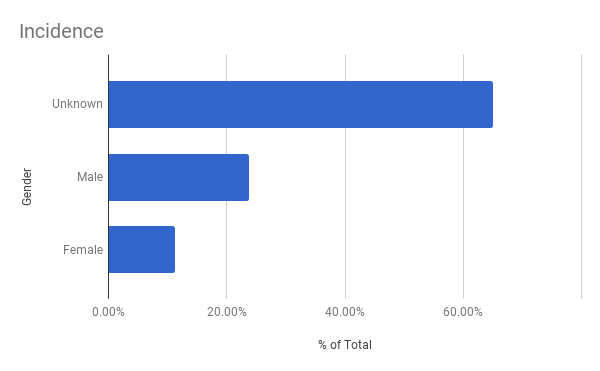 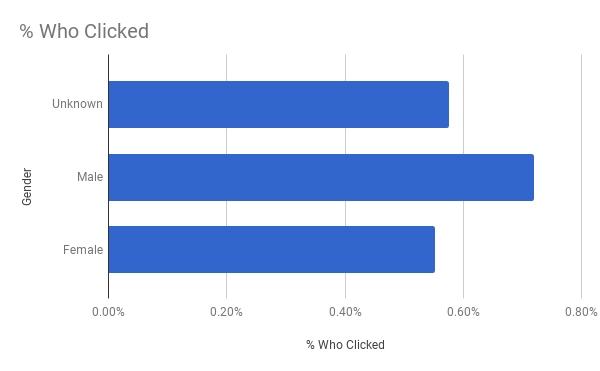 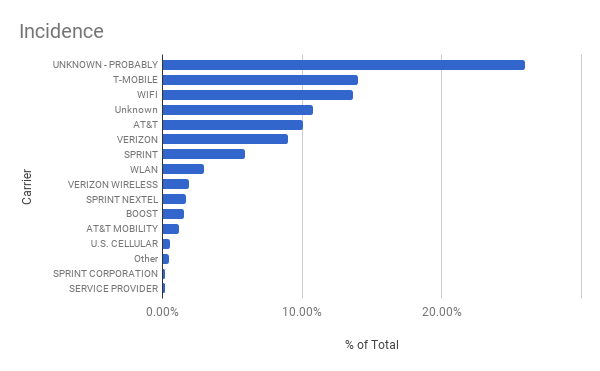 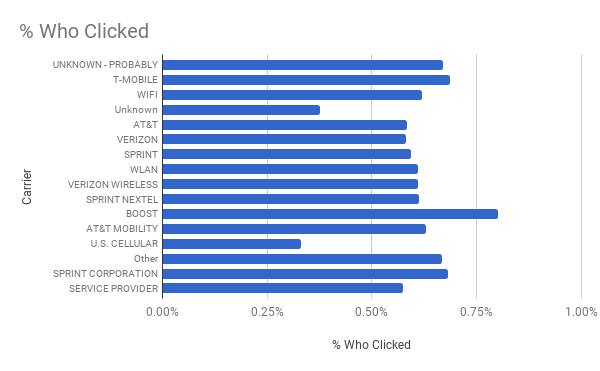 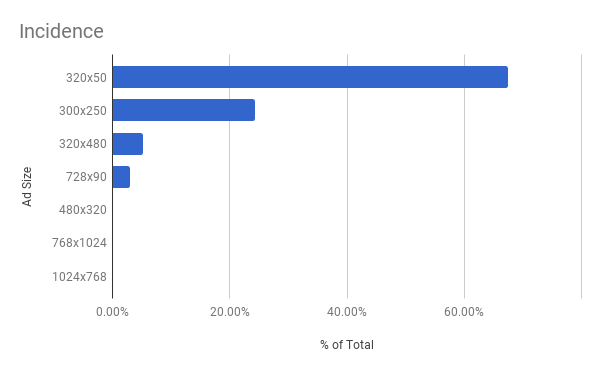 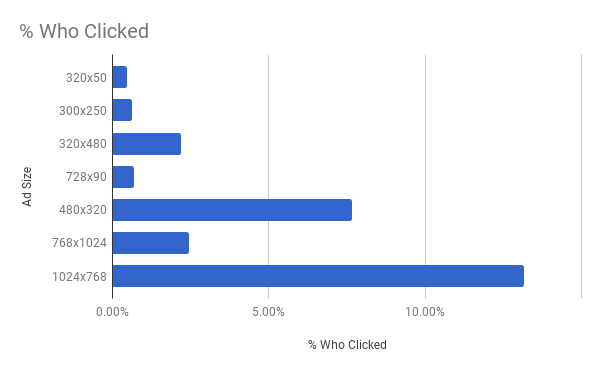 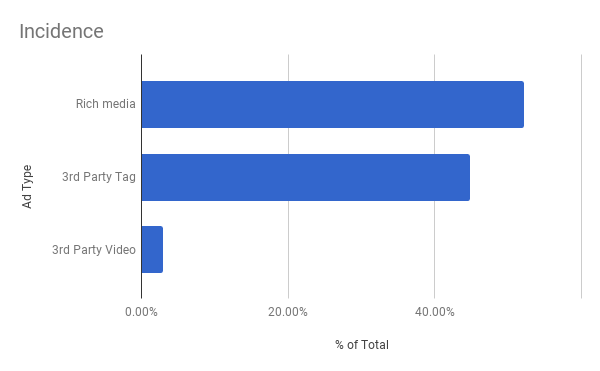 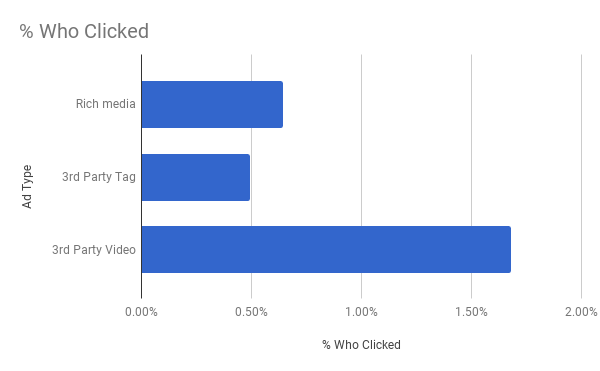 PC users seem to be less generous with their clicks. 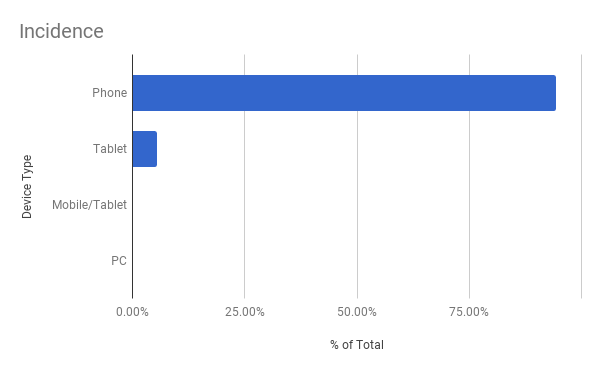 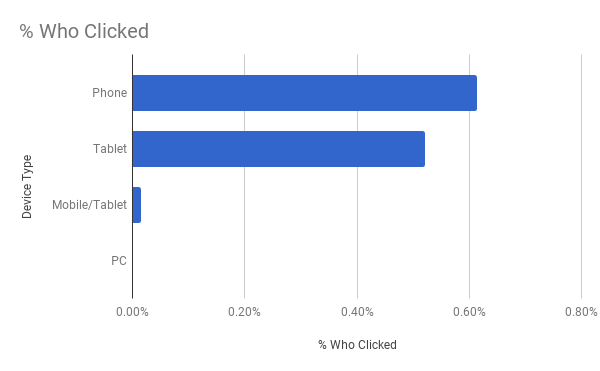 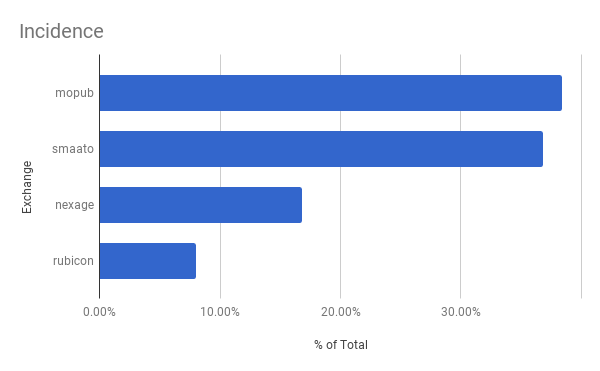 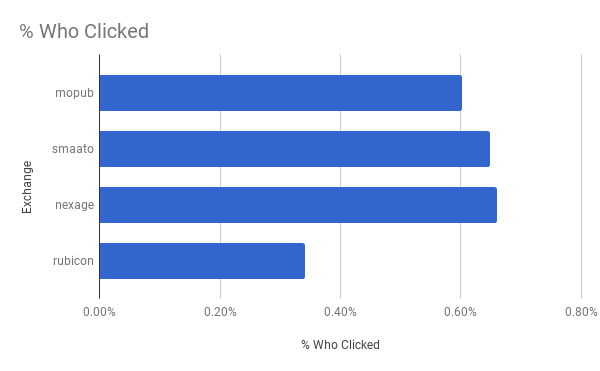 Ads shown on apps seem to attract more clicks than those shown on websites. 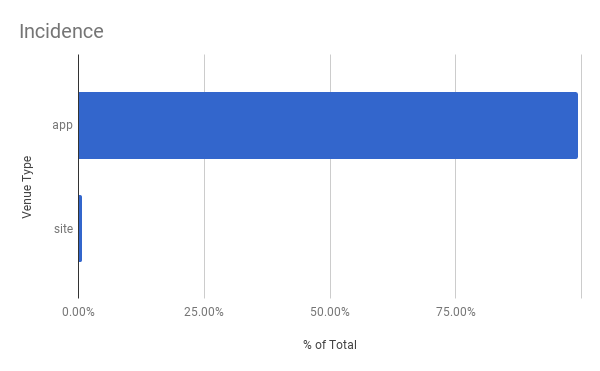 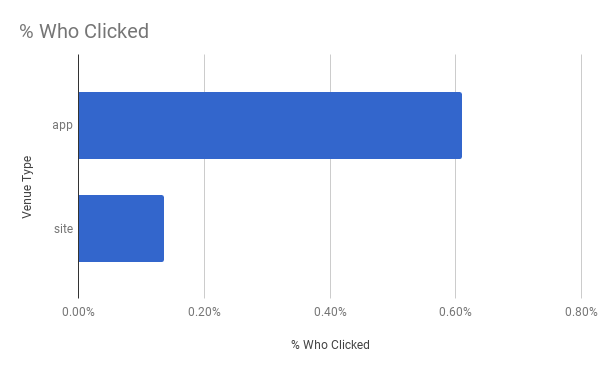 Relative frequency of clicks is different from state to state. 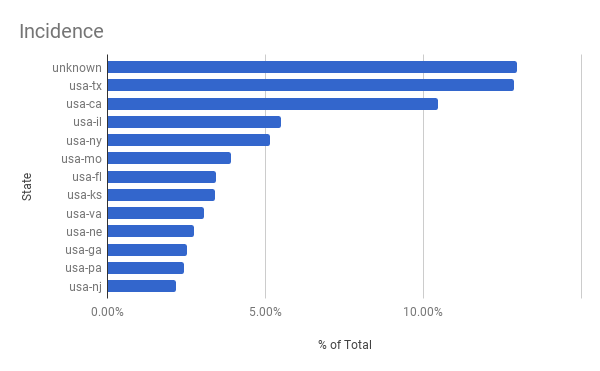 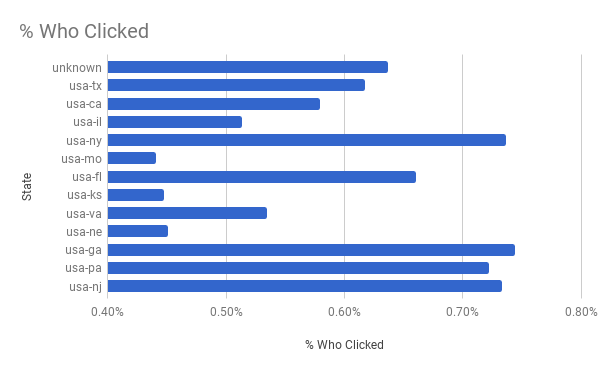 Relative frequency of clicks is different from url to url. 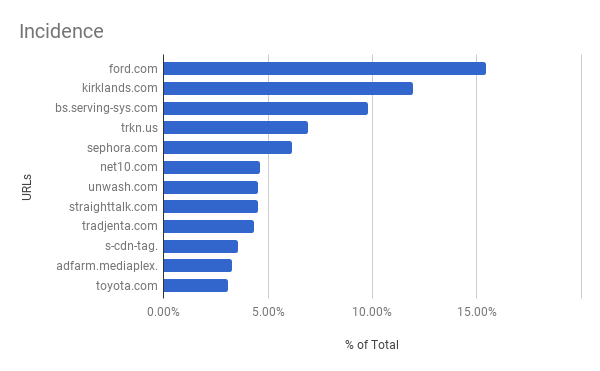 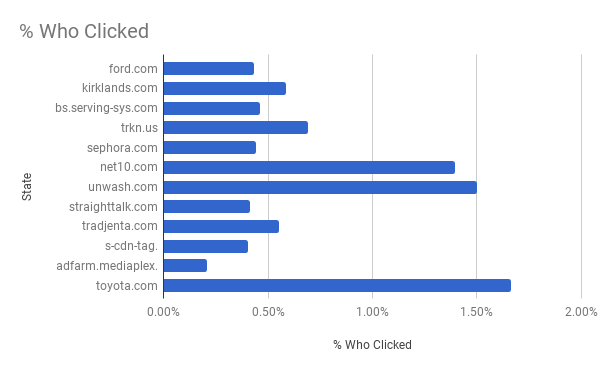 Incidence Type and Relationship with Clicks: Hour of Day 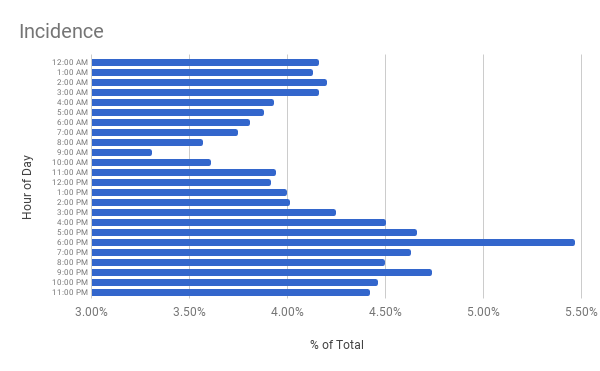 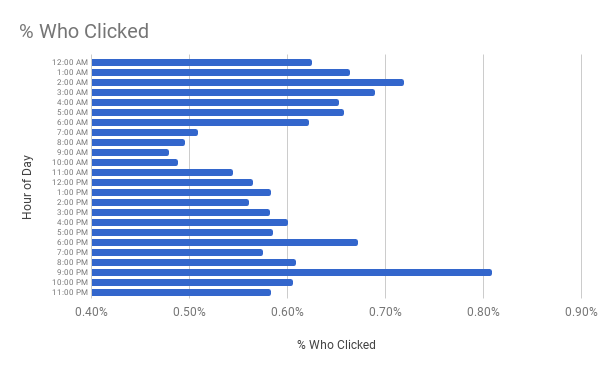 Incidence Type and Relationship with Clicks: Day of Week

Looks like on Friday people have better things to do than clicking on ads! 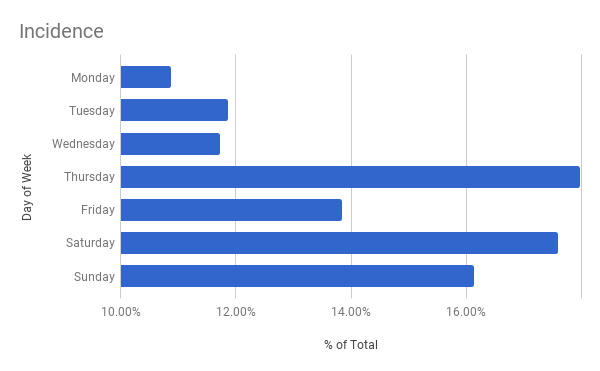 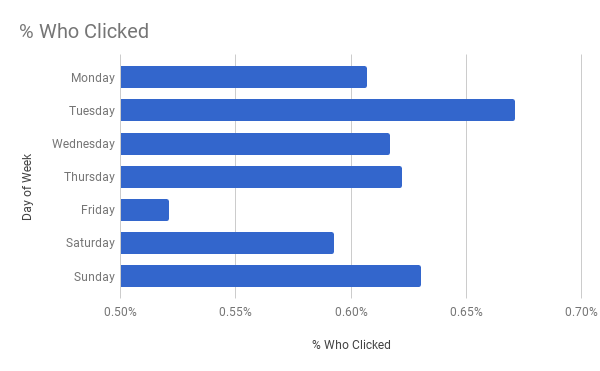 Addressing Imbalanced Classes on the Target Variable: Too Few Clicks

Our target variable (clicks) had imbalanced classes: only ~0.6% of all impressions were clicked on. We tried to address this issue by:

Predictors used & in what form:

Pipeline in Spark included the following:

15 IAB dummies were fed into the model as is.

All predictors were then standardized by default by LogisticRegression procedure (imported from pyspark.ml.classification)

The table below shows the diagnostics for several models we've run. Each of them took a long time to run and our attempts at running parameter grid search using cross-validation failed because the Amazon cluster we used was not large enough.

We tried to run the models with and without case weights. We discovered that using class weights* is analogous to using no weights and then predicting clicks/non-clicks using a probability threshold that maximizes F1 measure: It raises Recall but reduces Precision & Accuracy.

Predictors used & in what form:

All categorical variables were label encoded using Spark’s StringIndexer. The encoded categoricals were then fed to the random forest classifier along with the unaltered numeric variables.

We did not have much time and each model took a long time to run. This is why we only ran a few Random Forest models. For the last model in the table below our several attempts to produce an accuracy table timed out, so that we are not reporting Accuracy, Precision, and Recall for it.

Logistic Regression (Ridge): Users’ “Target group” was the most important predictor of clicks

Predictor importance results from Random Forest were partially in line with logistic regression’s findings: Target group (with 1200+ levels) was the most important predictor.

The top predictors were: