Why I Chose This Project

Kaggle.com offers an introduction to supervised learning with the Titanic Dataset.  The purpose of the competition is to build an accurate classification model that predicts whether a passenger would survive the Titanic crash.  This is a helpful exercise to reinforce the fundamentals of Machine Learning. There are plenty of resources available to assist in filling in the page and deepen understanding of the fundamentals.  I had no experience in programming or advanced mathematics before starting the bootcamp so I wanted to stay focused on the basics. This competition was the most sensible for my needs.

I created a Jupyter notebook that is split into two distinct parts.  The first is an overview of fundamental and important concepts of machine learning, and the second is the application of those concepts on the Titanic dataset.  As I began the process, I set out to answer the following questions:

Where and How I Extracted the Data

The data came from the Kaggle website. It was split into a training and testing csv files.

The dataset was structured with the following features:

How I analyzed the Data

I performed some exploratory data analysis to get a feel for which features appeared to have a significant effect on survival rate and the number of missing values in the dataset.

I then filled in the missing values and engineered some new features to make the dataset more machine-readable.  This was in preparation for applying multiple algorithms within the SciKit-Learn library.

I used a random forest classifier to decrease the dimensionality of the features in an attempt to distill the dataset down to only features that had a significant correlation with survival outcome. Feature selection is useful because it reduces redundancy of the data, overfitting, and it also speeds up the training process. 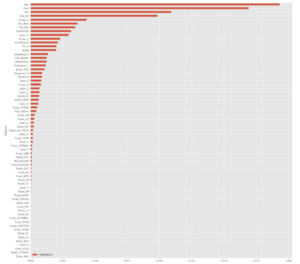 Next, I applied cross-validation to get a more robust idea of how well each algorithm might do on the testing data.

Finally, I evaluated the models using a confusion matrix to determine how many false positives and false negatives were predicted by each model. I also visualized the ROC curve and Area Under the Curve to determine the performance of each classification model. 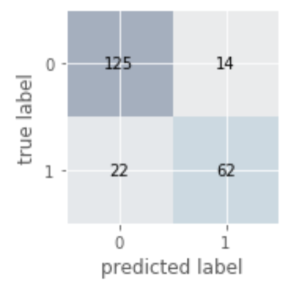 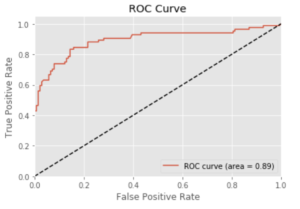 The features that had a significant impact on survival rate were age, fare, and sex. The gradient boost model achieved the best results on my test dataset and received the best score on my submissions to Kaggle.

Improvement to be Made

This is an evolving Jupyter notebook that I will continue to refine as I practice machine learning into the future. I wanted to create something that I could share with others also starting out on their journey into the world of machine learning. I also wanted something I can refer to when I need a refresh on a concept and also as a reference point to mark my progress. My goal is to see if I can score in the top 20% of this competition within the next year.

You can view the project on my GitHub here: https://github.com/Kiwibp/NYC-DSA-Bootcamp--Machine-Learning.

Keenan has over 3 years of experience communicating and assisting in software and internet solutions to clients. Moving forward, Keenan plans to leverage his technical abilities, communication skills, and business understanding in the digital marketing world. Keenan graduated...
View all posts by Keenan Burke-Pitts >