There are 2212 people from 71 countries collectively worth $9.1 trillion. The majority of the billionaires in the world are self-made self-starters who built business empires in tech, finance, fashion, and sports. There are some who got a head start with inherited stakes in their family's companies. This project is all about analysis on all the billionaires around the world.

In order to perform data analysis on the list of all billionaires in the world, I needed to tap into a source of data. I decided to get the data from Forbes using the Selenium web scraping tool.

Forbes Media is a global media, branding and technology company that’s over 100 years old with a focus is on news and information about a business, investing, technology, entrepreneurship, leadership, and affluent lifestyles. It has more than 100 years in business and currently has more than 38 million followers on the social network. I was impressed by its accuracy, which is maintained through constant updates. Forbes has complete and current information about all the billionaires around the world.

The goal of this project is to answer all the questions like: 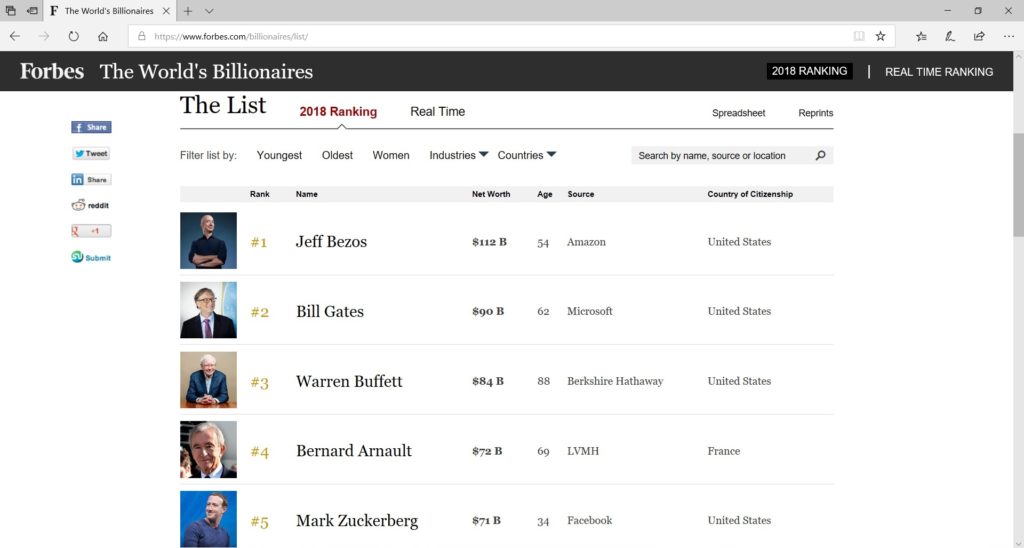 After getting raw data, the challenging part is to clean the data without losing information. I used Python Numpy, Pandas, Regular Expressions and other methods to clean the data. I added two more columns in my data with the help of another data frames I have. Then I created one column that shows the difference between net worth at the start of the year and current real-time net worth.

After the cleaning process, the data looks like this:

To plot the graph, I used Matplotlib and Seaborn library packages.

# Which country has maximum numbers of billionaires??

As you can the see in the graph below, USA is at the top with 585 billionaires out of 2212 people. China ranks second with 373 people, followed by Germany, India, and Russia. 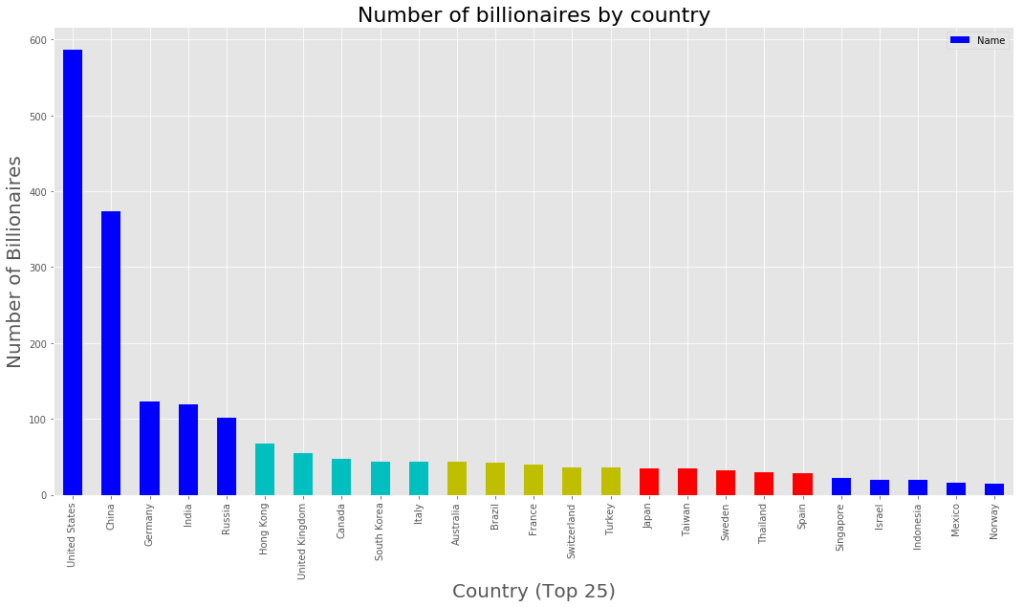 # What is male to female ratio in all these people??

Now talking about male to female ratio. There are 89.2% males and 10.8% females in the billionaire's list. I found this surprising because I expected more females than just 10.8%. 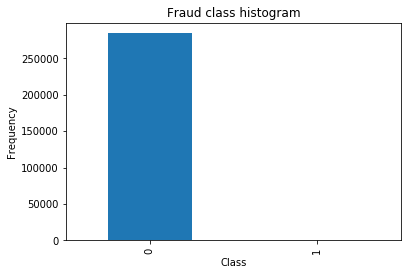 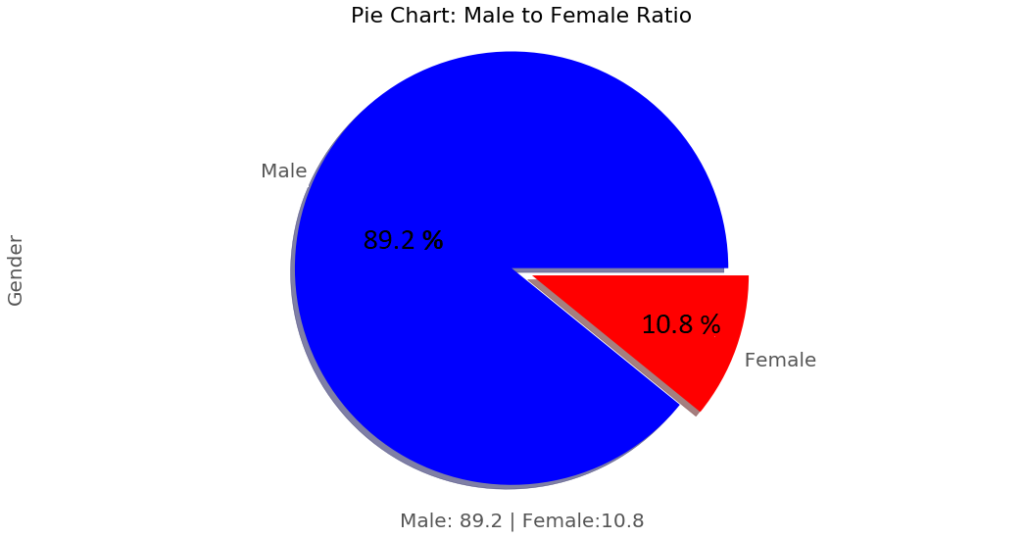 As expected USA is again in the number one position with the contribution of $ 3.1 trillion (the USA is not in graph due to a large difference in total and all other data is plotted in log value) and China is in the second position with a sum of $ 1.1 trillion. But position third, fourth and fifth is interesting i.e. Brazil, Canada, and Australia respectively. 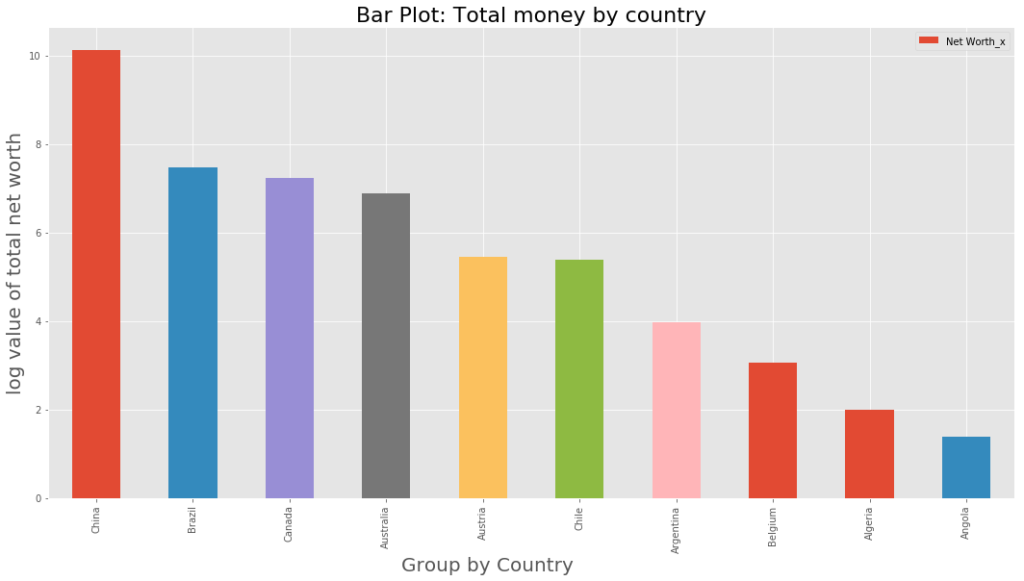 # The popular source of their income??

The graph shows similarity in their source of income. Real estate is popular among all of them, Investments is on number two, other than that Pharmaceutical, retail, hedge funds, banking, consumer goods, software are also popular. 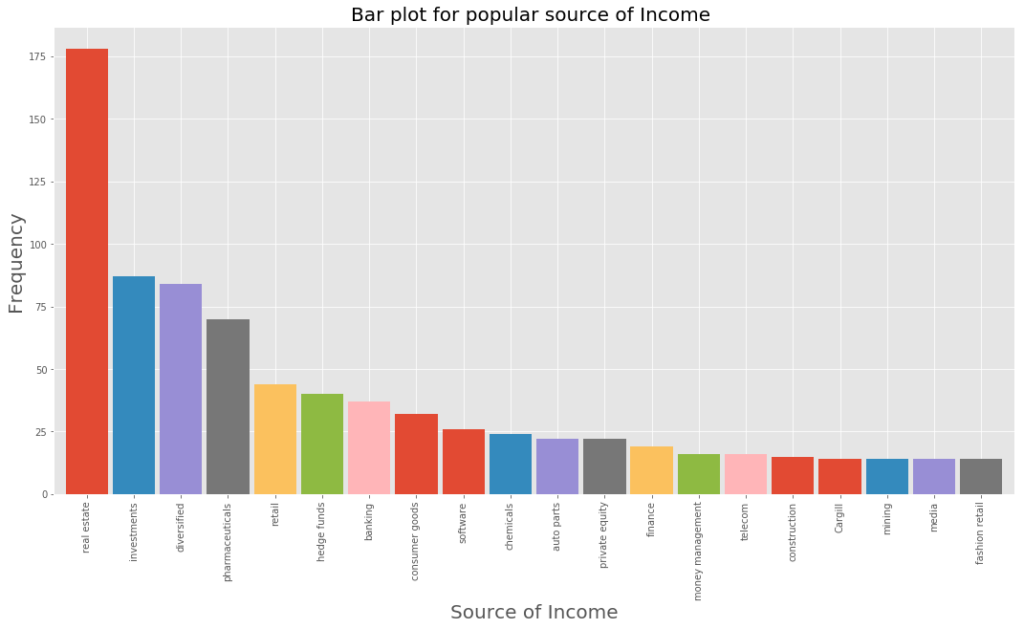 #  Youngest and oldest billionaire in the world??

In the analysis of age, I made a histogram of age and I found most of the people having age between 50 to 75 years. The average age is around 63 years and the median is  64 years. 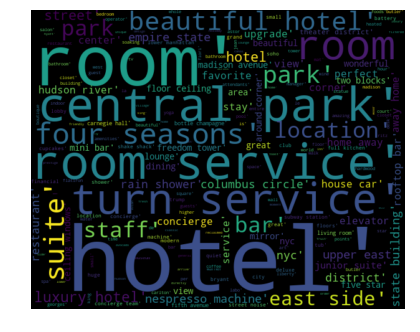 The youngest billionaire is  Alexandra Andresen (22 Years) with the net worth of $1.4  billion, she is from Norway.

The oldest billionaire is  Chang Yun Chung(100 Years) with the net worth of $ 1.9 billion, he is from Singapore.

# The current change in their net worth??

This grouped bar plot graph showing the relationship between the net worth of January and real-time net worth, and change is the difference between them. Here are the top 11 peoples and their net worth and change in that (positive or negative). 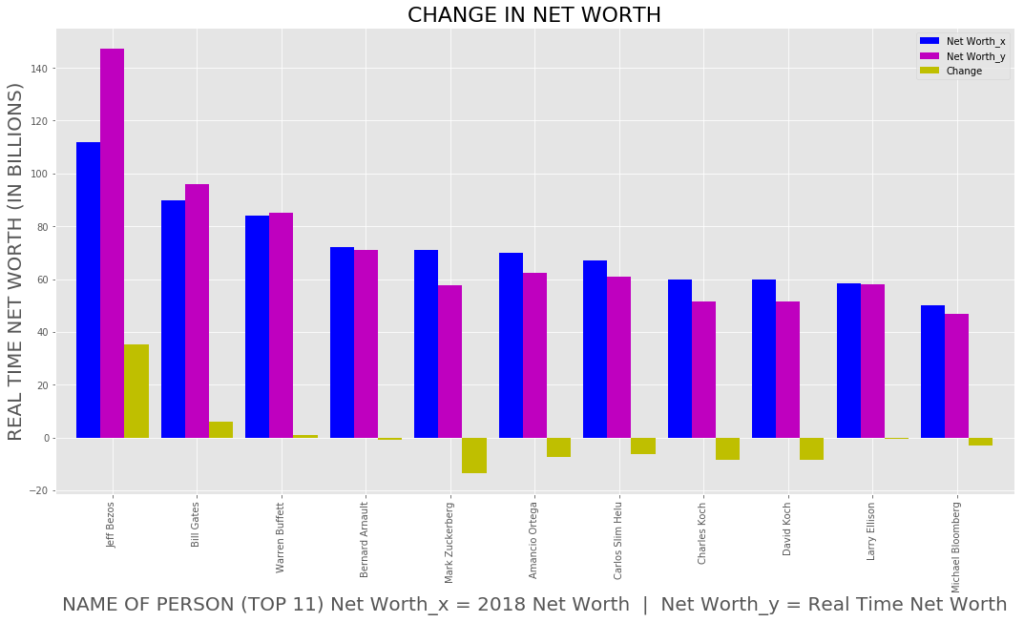 # The person with a maximum amount of money from each country??

Then by this plot, you can find out how much money the richest person has from a particular country. So if you look at the USA. It is around $147 billion and the person is Jeff Bezos. 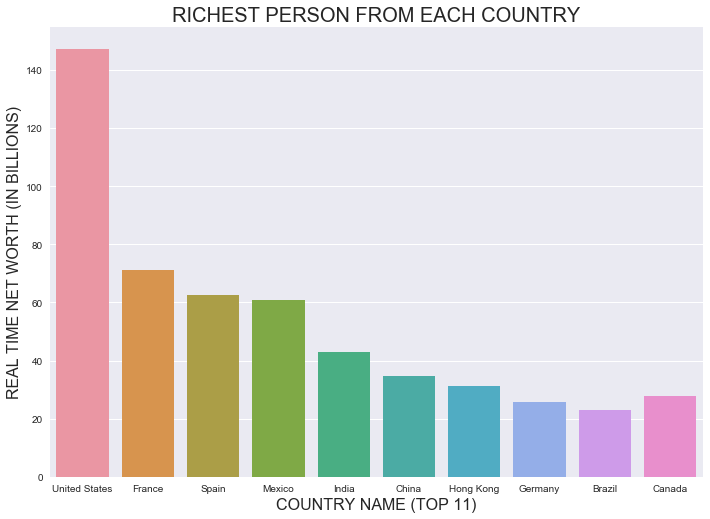 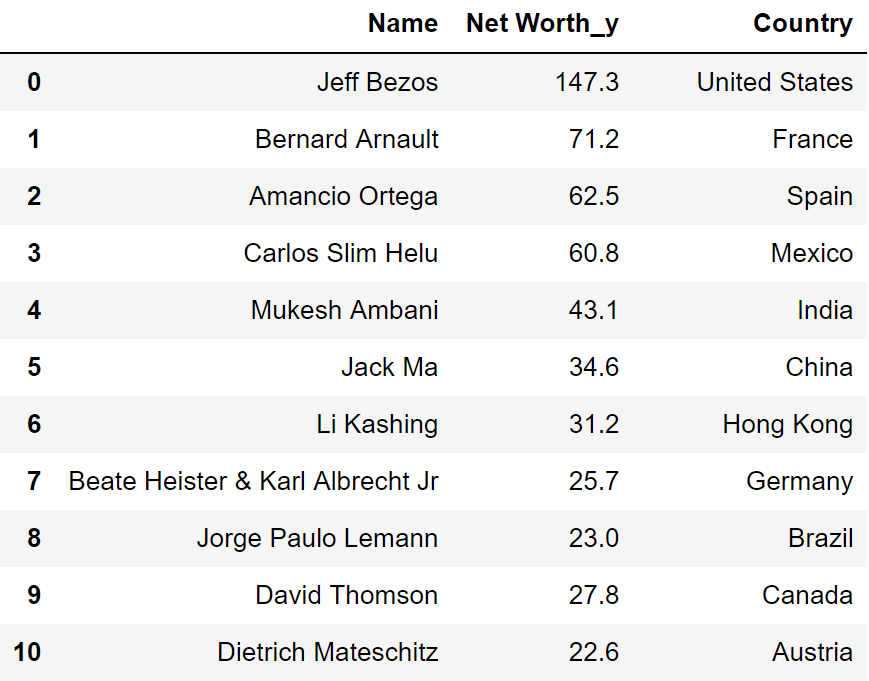 So finally with the analysis in the project, I found most of the answers, but still, there are so many questions that remain unanswered. This project is just a start and not finished yet, due to the limitation of time and available data.  In future works, I want to analyze the net worth from the last 5 years, so it will help me to investigate the relationship in their net worth variations. I am working on it. I also want to find the answers to these questions:

Which people were added and removed from the billionaire's list? How does the change in billionaires’ net worth affect their country? By what percentage does their income rise or fall every year. I hope to continue to develop this project so that one day one will be able to very clearly see and compare all these data.

Thank you for taking the time to read about my project!

Here is a link to my GitHub repository if you would like to explore my code.

If any of the companies whose data I am scraping would like for me to stop, feel free to let me know by emailing [email protected] The purpose of my activity is purely exploratory and academic. I am not conducting any revenue generating activity with your products.

View all posts by Nilesh Patel >