As a gay man, I am personally interested in the mindset and goals of the gay community.  And I want to bring awareness to and understanding of this often-discriminated minority group.  A better understanding of those who are different, will help bridge the gaps in our differences. Therefore, we must “seek first to understand and then to be understood.” (Stephen Covey) 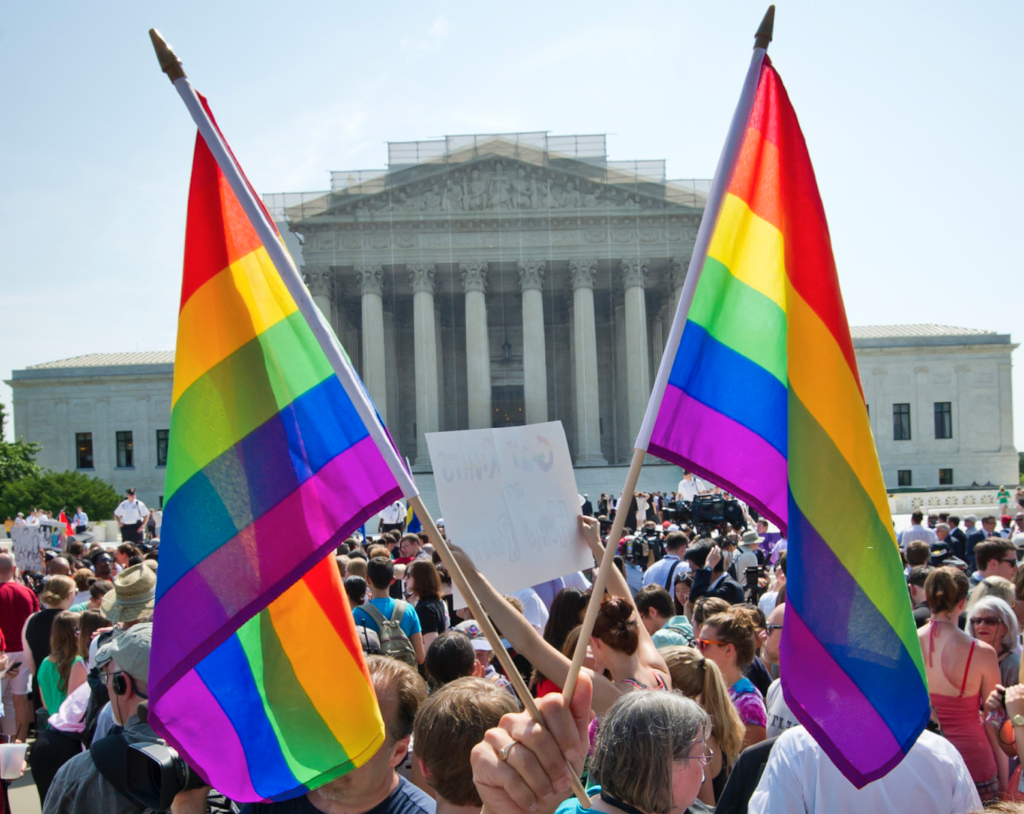 There are also many non-altruistic goals in this analysis. Just being honest here. Gay men often have a large disposable incomes, they often don’t have children.  Knowledge of the gay man’s interests can be beneficial for companies looking to tap into new revenue sources.

But wait, there's more! The data science nerd in me immediately noticed Queerty’s article recommendation system and I wanted to explore how it worked. This could ultimately help the website increase article readership and involvement.  Double whammy!

This motivated me to scrape data from the popular gay website www.queerty.com, to begin the process of understanding. Get ready to see the unique merger of gays and data science.

Queerty.com is a news website free of an agenda (except the gay one). Below you can see the basic layout of the website. There are 4 different categories: "Life", "Entertainment", "Politics" and "Goods" (goods referring to hot guys) highlighted in the top left red box. Using Selenium with python I would crawl through every article in the webpage.

A typical structure of a Queerty article is shown below. I collected the following information about every article on the Queerty

In total, I scraped 12,079 articles with 6 features directly from the Queery website and took several days to collect. To quote a colleague, "Selenium is sooooo slow!" 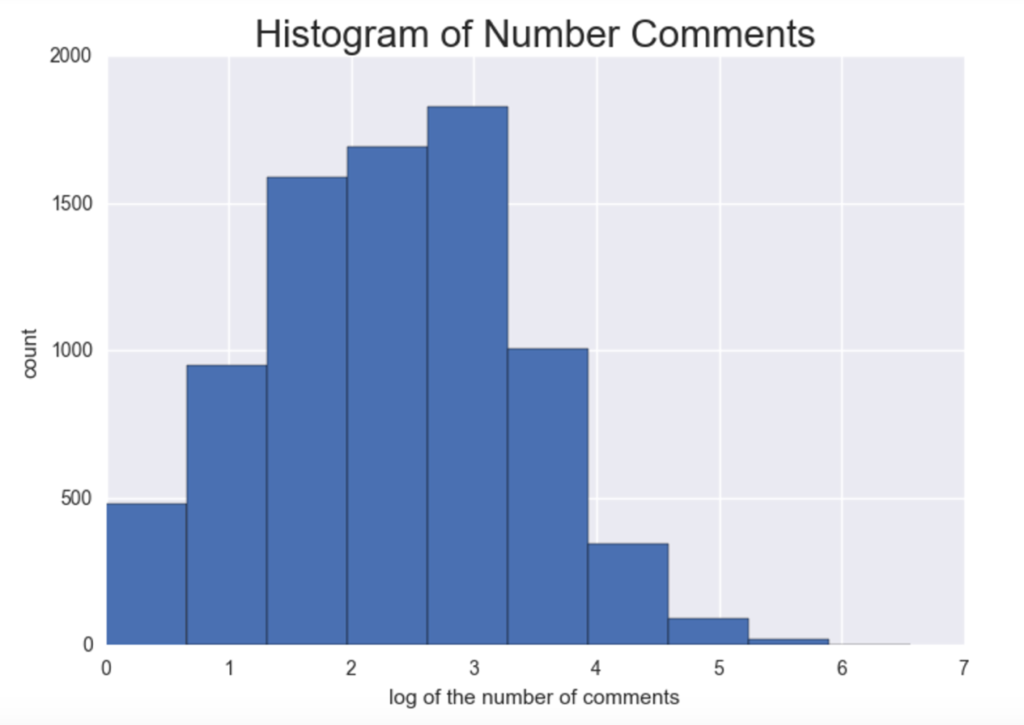 The obvious main feature that gives information on insight in to the mind of the gay man is the number of comments an article receives.

After a logarithmic transform, we see a fairly normal distribution in the number of comments as shown on the right.  Of course we want to explore how the comments are distributed among the different categories, shown below.

The following bar and box plot clearly indicate the main interests for the gay man are politics and life issues. Way to stay informed, ladies! Personally, this made me very happy. Now we need a section on gay men in science and math.... 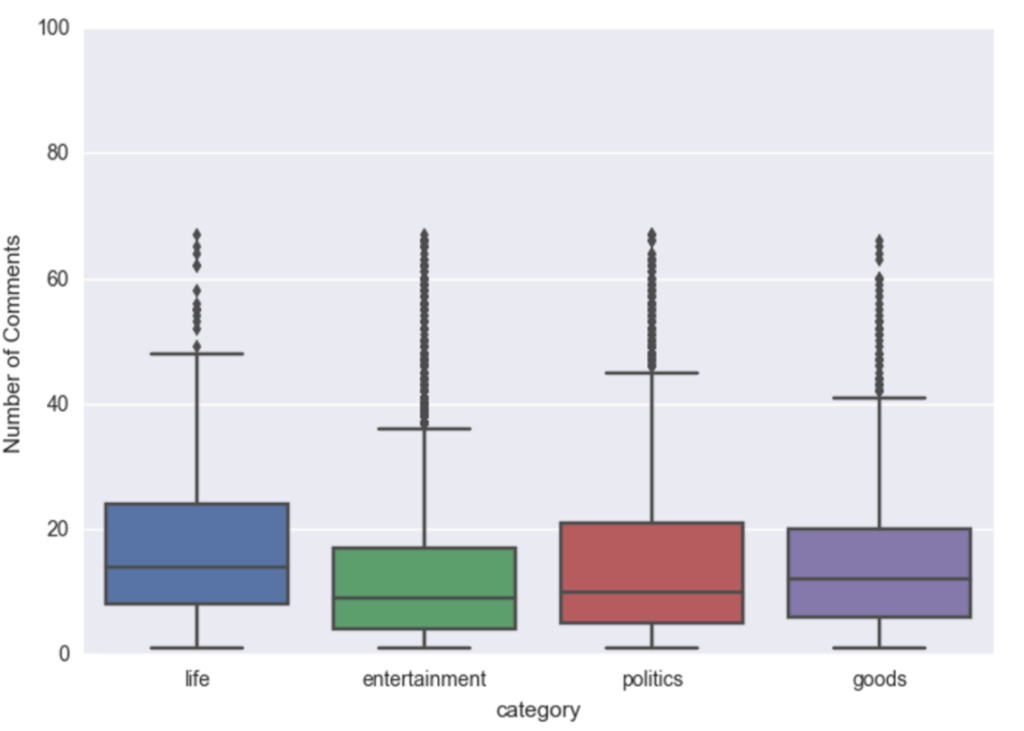 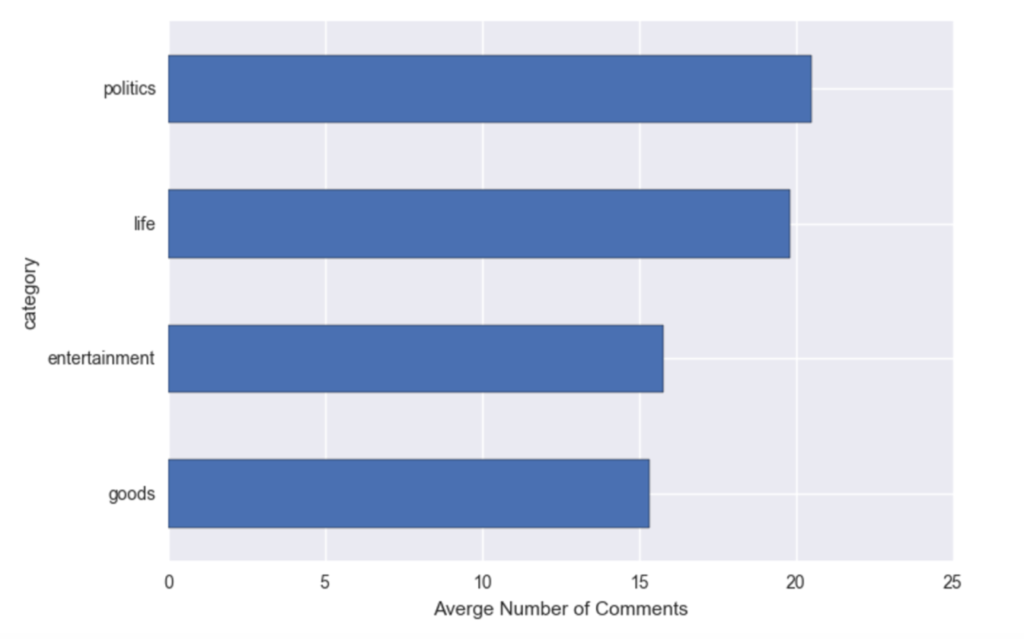 This section provides interesting information about the Queerty website 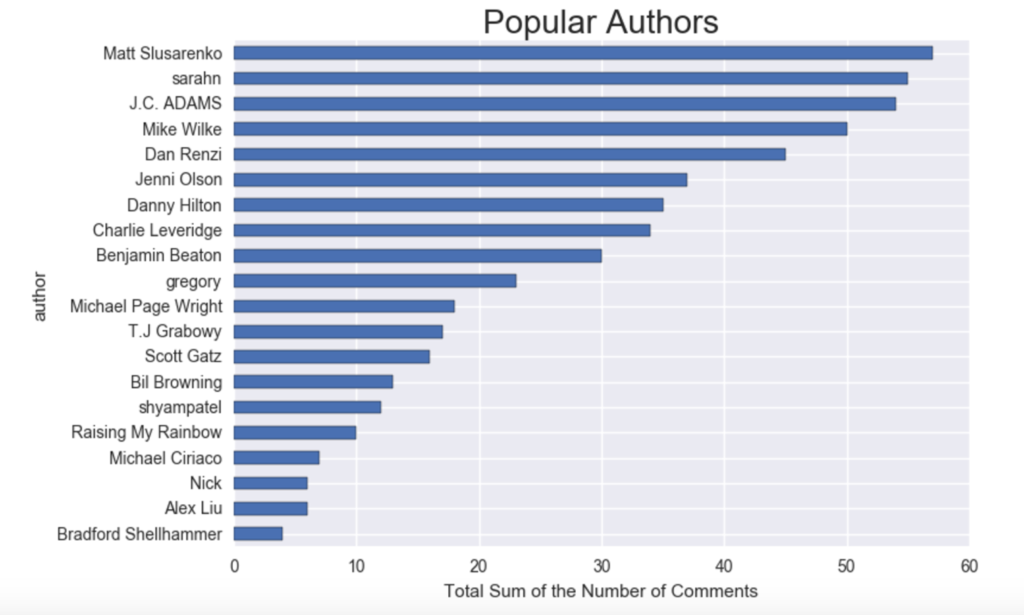 and hopefully can be used to increase readership and awareness of gay issues. The top 20 most popular authors are shown on the bar plot to the right. Queerty, keep Matt Slusarenko as an author, because he is killing it with getting readers talking. 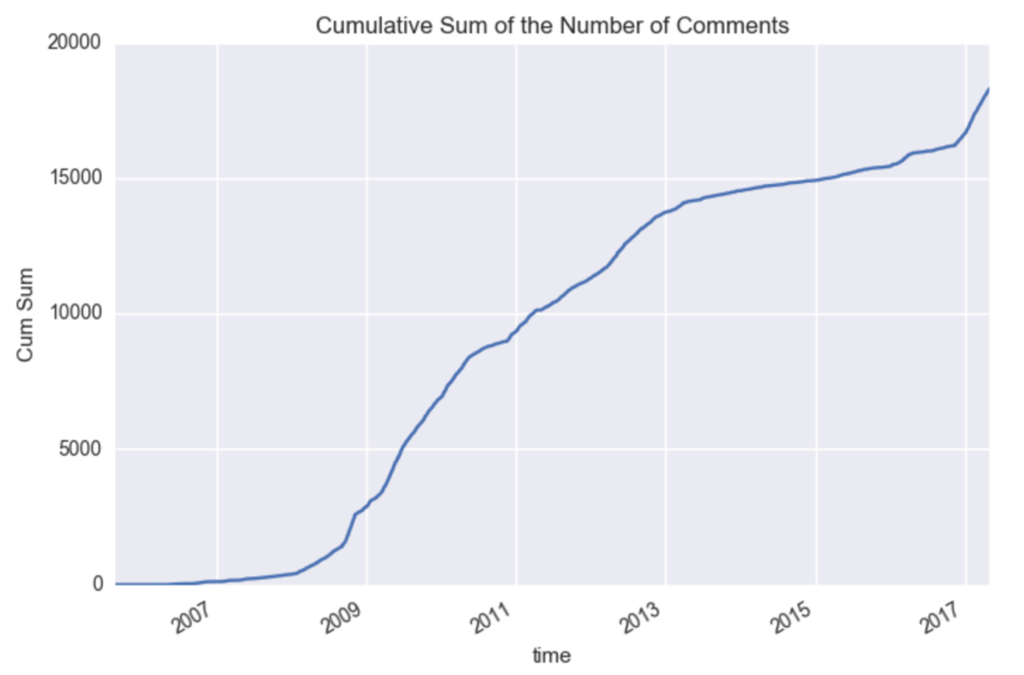 I also examined the cumulative sum on the number of comments since 2006. The interesting aspect here is the slope of the curve to the left.

One can see a dramatic increase in the slope of the curve since late 2016.  If I had to guess, gay men are venting about the Trump election. 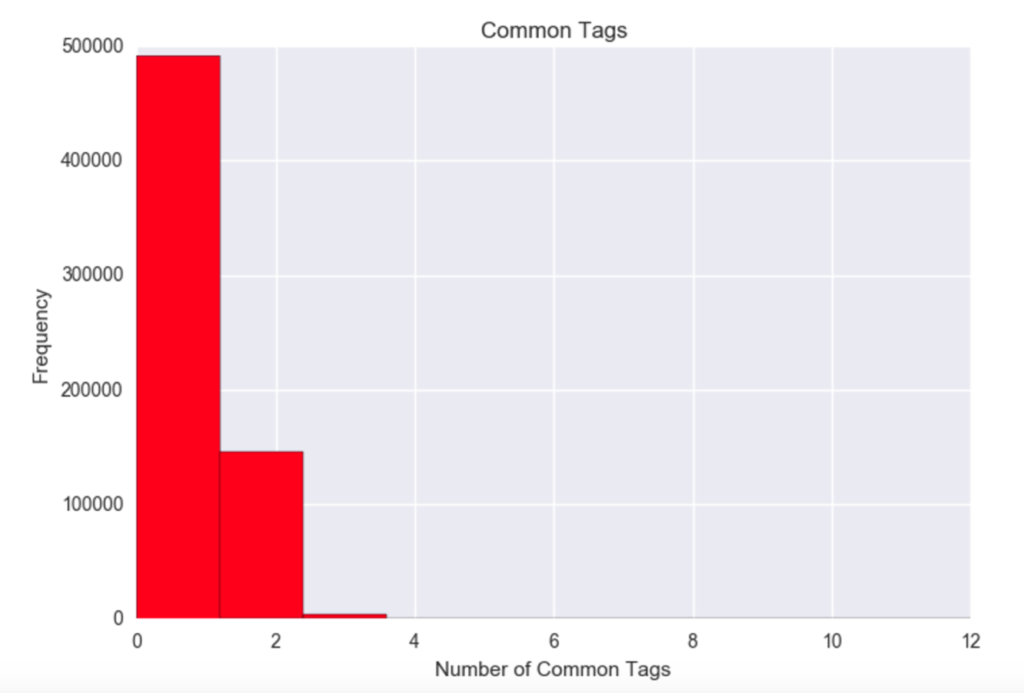 websites.  I then found the set of common tags between the main article and the recommended articles.

Surprisingly, the tags feature are not used to recommend articles to the reader. As you can see on the right, the majority of articles have 0, nada, zilche common tags. It left me thinking, "That's a Queer Recommender." 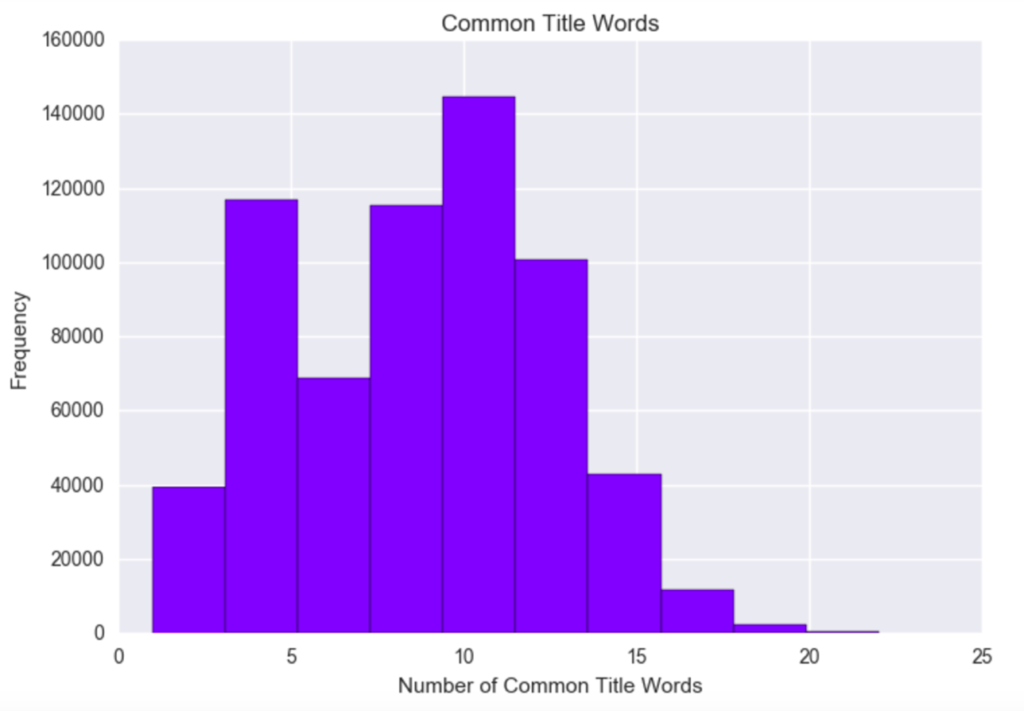 How does the recommender pick articles for the user? The next obvious link had to be the title of the articles. And bingo! After removing common stop words, you can see in purple, there are many common words in the titles of the main article and the recommended articles.

The focus of this project was to develop our skills in scraping a webpage and to perform an exploratory data analysis. There is a lot more information I would have like to have scraped, such as the comments themselves. I think it would be informative to understand the comments using a sentiment analysis. Also, I would like to explore just the top, visible, 6 articles of the recommender system. It would be interesting to see how changing the ratio of Queerty and non-Queerty articles effects the readership and the bottom line. Queerty, hit me up if you want to explore together!

Dedicated professional with nine years of experience in high-energy nuclear physics and large-scale data analysis at Brookhaven National Laboratory. As a member of an extensive collaboration of over 500+ scientists from 33 institutions in 15 countries, I directed...
View all posts by Grant Webb >

cartier pasha c rose gold latest June 18, 2017
I am working as a scrub nurse and I often work with eye surgeons. I would like to say thank you for creating this website where I can read and understand anything about the eye and you made it very interesting that I can understand it easily. cartier pasha c rose gold latest http://www.gunstigeuhren.nl/en/fake-cartier-pasha-c-imitation-midsize-watch-stainless-steel-silver-dial-p162.html

spinjinn May 15, 2017
This is starting to get interesting! It would appear, from what you find, that QUEERTY already has an excellent idea of who they are targeting and what their interests are, and what kind of feedback they provide. I'd love to see what a scrape of the comments would show. I like how the article blends humor and insight.